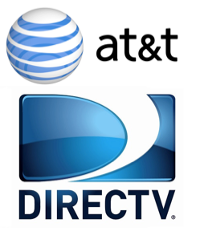 Unlike the company's existing U-Verse service the new plans will not require customers to subscribe to broadband via AT&T. Customers will be able to stream programming to any location or device, whether it be at home, work or accessing using a wi-fi connection. The service will not require any specific type of hardware, such as a home gateway, which was a staple of its former U-Verse service.

Programming packages will reportedly be available month-to-month, similar to NetFlix or Hulu, as opposed to being tied-in to a yearly contract for bundled services. Three separate tiers of programming will be offered, including at least one advertiser supported plan aimed at smartphone users. Programming will include both regularly scheduled programs and video on demand as well as live events.

The company has not yet announced a line-up of programming providers or pricing. It expects the first of its channels to roll-out in late 2016 though. It is still unknown whether AT&T will offer a discount on the product when combined with other services it offers such as wired broadband, wireless phone/data or DirecTV's flagship satellite subscription service.

The new service seems mainly aimed at "cord cutters" which have taken a considerable bite out of AT&T's U-Verse customer base over the years. It will now be competing against rival DISH Networks, which offers its own Sling TV service and Sony, which recently got into the streaming content business via PlayStation Vue, which requires purchase of the company's PS4 game system.