How The Cloud Could Have Saved The Day 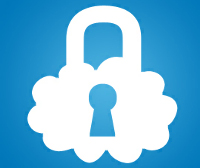 Having worked off-and-on as a network administrator for the past 15+ years, I am often reminded of just what a life-saver the cloud and managed services can be. This past weekend, I happened to step into a situation where ignoring these benefits led to a complete nightmare for one "unlucky" customer.

I was called-in as a favor on what basically turned out to be a disaster recovery operation. The disaster did not come in the way of a flood, fire or earthquake though. It came in the form of a rogue IT employee who basically took down his employer's entire telecommunications network upon his sudden, forced exit from the company.

To protect the innocent, I will not get into too many details about the customer, other than state the fact that it was an (otherwise) fairly modern medical office that depended upon a single employee to handle it servers, network connectivity, hardware, software, back-ups and phone service. What could possibly go wrong?

Hardware, software and telecom services were spread out all over the place. No standardization of operating systems, no network redundancy, pretty much no firewall to speak of, no way to monitor or shape network utilization, a mix of analog phone lines from one company and a VoIP service used for other lines from a different company, a wi-fi network that had access to HIPAA sensitive files, unencrypted and incomplete data backups stored on servers overseas and sky-high expenses on everything including software, telecom hardware, broadband service and external hosting providers. To complicate matters, the IT director had been summarily dismissed before the employer managed to shut off his remote access or recover any of the numerous administrative passwords.

To put it mildly, this customer is in deep trouble. It will take many weeks and thousands of dollars to unravel the enormous problems that a single employee has been allowed to cause. That brings me to the actual point of this article, which is what could have been done to prevent such a nightmare. This is where the real benefits of the cloud and managed services begin to seep in. The below are a list of measures that could have been taken to avoid such an ugly and costly incident. The next time you are consulting a customer on the benefits of moving their business to the cloud and a managed service provider, you may want to keep this story and list in mind.

Unfortunately, this was an "accident" that never had to happen. While the human factor can never be 100% accounted for, using the appropriate technology for the job could have saved this customer an enormous amount of time, money, legal headaches and perhaps even loss of reputation.

When you consider that taking full advantage of the cloud and managed services would have most likely been less expensive for the customer to begin with, you have to wonder why agents and cloud brokers aren't in even higher demand than they are now.