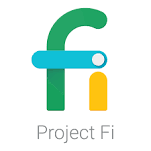 San Jose, Calif. - On Monday Google quietly launched the nation's newest wireless service for customers across the United States. Acting as a Mobile Virtual Network Operator (MVNO) the new service is available exclusively to owners of the newest versions of its Nexus smartphone using a special SIM card.

Branded as Project Fi, the service initially became available to beta testers in 2015. Starting this week, anyone owning the compatible hardware can subscribe though. Currently, Google uses proprietary technology in its Nexus phones to switch customers seamlessly between wi-fi and the 4G LTE networks of either T-Mobile or Sprint.

Pricing for Google's new service is quite simple, with no contracts and a $20/mo. flat fee for unlimited domestic calls and international texting. Data rates are charged at a flat $10/mo. per Gigabyte with no minimum amount of capacity to purchase each month and a pro-rated discount for partially used Gigabytes. There are no calling packages, contracts or overage fees. However, prices do not include state taxes, which can run between 10-20%.

With wi-fi and two cellular network's coverage areas the service can be accessed from almost anywhere in the United States. It can also be used via 4G networks in approximately 120 different countries. Costs for making calls while abroad vary by country. For example, calls made while in Canada cost 20 cents per minute. International calling rates from the United States are extremely competitive with most VoIP and other low-cost providers. Users outside of the 120 countries who need to make calls can still access the network via wi-fi.