Hilary Gadda New President of Women In The Channel 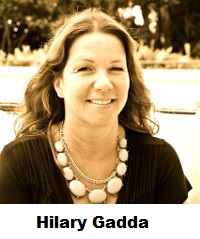 SANTA ANA, Calif. – Women in the Channel (WiC), a not-for-profit organization dedicated to accelerating the growth of female channel leaders in technology, announced today its new leadership team for 2016, including a new president and two new board members.

Hilary Gadda, Director - Telepartner Channel at TelePacific Communications, served for the past year as WiC Co-President alongside Nancy Ridge, Executive Vice President of Telecom Brokers.  Ridge will remain in an advisory role as past president as well as Co-Chair of WiC’s Outreach Committee and a member of the Technology Committee.

“Since our inception, we have stood on the principle that rotating our leaders will keep us fresh while providing leadership opportunities to as many members as possible,” said Ridge. “Hilary has been a guiding force within WiC since the very beginning. She has invested of her time, her money and especially her heart because she cares so deeply for the values WiC represents.”

In addition to being a founding WiC board member, Gadda has served as chair of the Channel Partners Events Planning Committee. She also is co-chair with Ridge of the group’s new Outreach Committee, which seeks to connect WiC with other industry and women’s groups as well as encourage young women to choose careers in telecom and IT.

“Nancy has taken an idea based on a conversation with channel women at the Channel Partners Conference & Expo in fall 2010 and made it a living, breathing reality,” said Gadda. “Her vision and passion for WiC has never wavered. Under Nancy’s leadership WiC has become an award-winning non- profit. You simply cannot be around Nancy without catching the excitement, and now hundreds of women and men understand, believe and support the WiC vision. It is a true honor to step into the role and continue to grow WiC with Nancy, the Board and the entire WiC community.”

WiC also has made some changes to its board, including the addition of two new members:

Khali Henderson, Senior Partner at BuzzTheory Strategies, has joined the board and serves as Chair of the Social Media & PR Committee.

Helene Kidary, Vice President of Channel for OnSIP, also is new to the board. Kidary has volunteered her considerable leadership experience incredible natural enthusiasm to Chair the WiC Membership Committee.

In addition, longtime board member Bita Milanian, Senior Vice President at GENBAND, has moved from Chair of the Social Media & PR Committee to become Chair of the Finance Committee. She replaces Taffy Baron of WAAM Communications, who served in that role previously.

For information about WiC membership or committees, visit WiC online at www.womeninthechannel.com