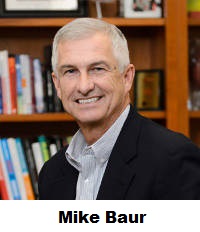 ScanSource broadens its capabilities by entering the telecom and cloud services market with the acquisition of Intelisys. In the United States, small and medium-sized businesses spend an estimated $150 billion on telecom services. Approximately 10% of this market is currently served by the indirect channel, creating a large and growing addressable channel market for Intelisys and its sales partners. In addition, the market dynamics favor Intelisys’ two-tier services-based business model with an expected growth of business opportunities for the indirect channel.

With this acquisition, Intelisys’ sales partners are better positioned to capture this benefit and have the potential to grow faster than the market. Craig Schlagbaum, Vice President of Indirect Channels for Comcast Business, added, “This next transformation of the channel is clear evidence of evolving end-user needs, as we begin to see the bundling of hardware and software with network and cloud. As our largest ‘Master Agent’ partner, Intelisys has been instrumental in helping Comcast Business build a scalable channel. With the combined strength of Intelisys and ScanSource, we expect outstanding customer and partner opportunities to result from bridging these two channels.”

Intelisys provides agents and value-added resellers (VARs) with an extensive portfolio of services, support and enablement tools to sell cloud and connectivity services. The acquisition accelerates Intelisys’ ability to extend this successful model to the ScanSource VAR community. ScanSource VARs will gain access to Intelisys’ robust portfolio of carefully selected, highest-quality connectivity and cloud services offerings, as well as the tools and platforms that help partners build recurring revenue streams.

Under the agreement, the all-cash transaction includes an initial purchase price of approximately $83.6 million, plus earn-out payments based on earnings before interest expense, taxes, depreciation and amortization (EBITDA) over the next four years. Intelisys has demonstrated double-digit growth of net revenues and EBITDA, which is projected to continue during the four-year earn-out period. For the first full year after closing, Intelisys’ net revenues, which reflect gross commissions less payments to sub-agents, are estimated to total over $34 million with a 45% to 50% estimated EBITDA margin.

“Intelisys is unmatched in the master agency space, and their two-tier model is an ideal fit with our culture and way of doing business. We are entering a high-growth, recurring revenue business that is complementary to our current business and represents a compelling opportunity for our VARs,” said Mike Baur, CEO, ScanSource, Inc. “Since our founding nearly 25 years ago, ScanSource has effectively taken complex market opportunities and created avenues for customers to be successful. Acquiring Intelisys and their immense expertise and talent will be instrumental in helping our combined sales and supplier channels build on that success.”

Founded in 1994 and based in Petaluma, California, Intelisys operates in the United States and has approximately 120 employees, more than 130 supplier partners, and over 2,400 sales partners. Last year, Intelisys was named one of the Best Entrepreneurial Companies in America by Entrepreneur Magazine for its growth, sustainability and ability to achieve lasting success. The experienced Intelisys management team will remain in place, including Co-Founders Rick Dellar and Rick Sheldon, and Co-Owner Dana Topping. Jay Bradley will continue to serve as President of Intelisys, and his senior leadership team will also remain in place. Upon completion of the transaction, Intelisys employees will join the Worldwide Communications and Services segment of ScanSource.

“Intelisys’ driving mission has always been to enable the growth and success of our sales partners. ScanSource shares that same set of core values. Our commitment will only be strengthened as we become part of the ScanSource team,” said Rick Sheldon, Co-Founder of Intelisys. “This is an exciting time for the channel as VARs and telecom agents converge. Together, we believe ScanSource and Intelisys will become the ultimate channel company as we offer an unparalleled experience in the cloud and telecom space, including fully connected solutions for our partners.”

The acquisition is expected to close in the quarter ending September 30, 2016, subject to the satisfaction of customary closing conditions and receipt of regulatory approvals. Prior to the close, ScanSource and Intelisys will continue to operate as independent companies.

In addition, subject to the completion of financial reporting and review procedures, ScanSource announced that it expects fourth quarter fiscal year 2016 net sales to be approximately $880 million to $885 million, which is below the previously forecasted range. ScanSource will provide additional details when it reports fourth quarter and fiscal year 2016 results on August 29, 2016.

ScanSource management will discuss the planned acquisition on its fourth quarter and full year fiscal year 2016 earnings conference call, scheduled for Monday, August 29, 2016 at 5:00 p.m. ET. The call may be accessed via a live Internet webcast in the Investor relations section of ScanSource, Inc.’s web site, www.scansource.com.