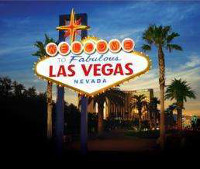 Las Vegas - This year's Channel Partner's Show in Las Vegas has apparently set a new record for attendance at well over 5,000 attendees, with a wide variety of new exhibitors and technologies taking to the floor for the first time.

There were quite a number of new announcements made by vendors at the show. We will cover a few of them here:

WTG REBRANDS ENERGY DIVISION The master agency announced this week that it would be changing the name of its energy division, Energent Services, to NuAge. The division will continue to focus on procurement of natural gas and electricity services as well as products such as solar energy generation, battery storage, utility bill auditing and HVAC. The company's new website will soon launch at http://www.nuageenergy.com

COMCAST announced its upcoming pricing strategy this week for new gigabit broadband deployments. Residential customers can subscribe to their Docsis 3.1-delivered gigabit broadband service for $70 per month on a 3 year term or $140 month-to-month. No word yet on new business or fiber-based pricing.

CHANNEL PARTNERS During the show, the Channel Partners Expo announced the names of its 2016 Circle of Excellence winners. 15 winners were named in this year's contest. For the full results see http://www.channelpartnersonline.com/galleries/2016/03/2016-circle-of-excellence.aspx

SONIC ANNOUNCES NEW SPIFFS The Northern California broadband provider is relatively new to channel partners scene, but this week announce a slew of new SPIFFS for agents ranging from $500 to $2,000 per installed circuit. For more information see http://www.sonic.net

WINDSTREAM REDESIGNS CHANNEL SUPPORT The company announced on Thursday that it would be overhauling its channel support services and will continue to invest in, expand and optimize its support capabilities to make it easier for channel partners to work with the company. More information is available at http://www.windstreambusiness.com/company/partner-programs/channel-partner-program