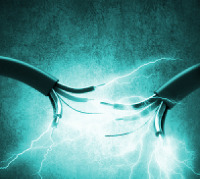 NEW YORK - A strike at Verizon's wireline division by two separate unions is now dragging into its third week with both sides leveling a series of accusations against each other in the media. Members of the Communications Workers of America (CWA) and International Brotherhood of Electrical Workers (IBEW) voted to go on strike in April after failing to reach a new contract with the carrier. Wages, benefits and the movement of jobs offshore are said to be the main concern of the two unions as the company looks to downsize its copper-based network.

Last week, the carrier announced that it was aggressively investigating a rash of service interruptions to customers that it claimed were the direct result of sabotage. There have been at least 49 such incidents since the beginning of the strike where as during a normal year the carrier said it might average 11 such incidents. Although not directly blamed for the incidents, the CWA released a counter statement denying any knowledge and instead blaming the network outages on Verizon for poor maintenance of its facilities.

This week the CWA has began making its own accusations against the company, filing a complaint with the Federal Communications Commission stating that Verizon is forcing wireline customers to move from copper to fiber-based delivery in violation of FCC regulations. The complaint was co-signed by a number of consumer interest and lobbying groups such as Common Cause, Public Knowledge, USAction and Citizen Action of New York.

Verizon immediately denied the group's allegations on Tuesday, stating that it's internal “Fiber is the Only Fix” policy violates no FCC regulations and that the complaint is only a publicity stunt arranged by the union to drum up support for the increasingly heated and drawn-out work stoppage.

Currently, 36,000 Verizon Communications employees, mostly in the north-east United States, are currently on strike. Negotiations have reportedly completely stalled with both sides digging in their heels and expecting a lengthy battle. Provisioning and repair times have both been adversely affected as Verizon has brought on as many as 20,000 replacement workers to keep up with current orders and trouble tickets.